Posts in the 1950s category 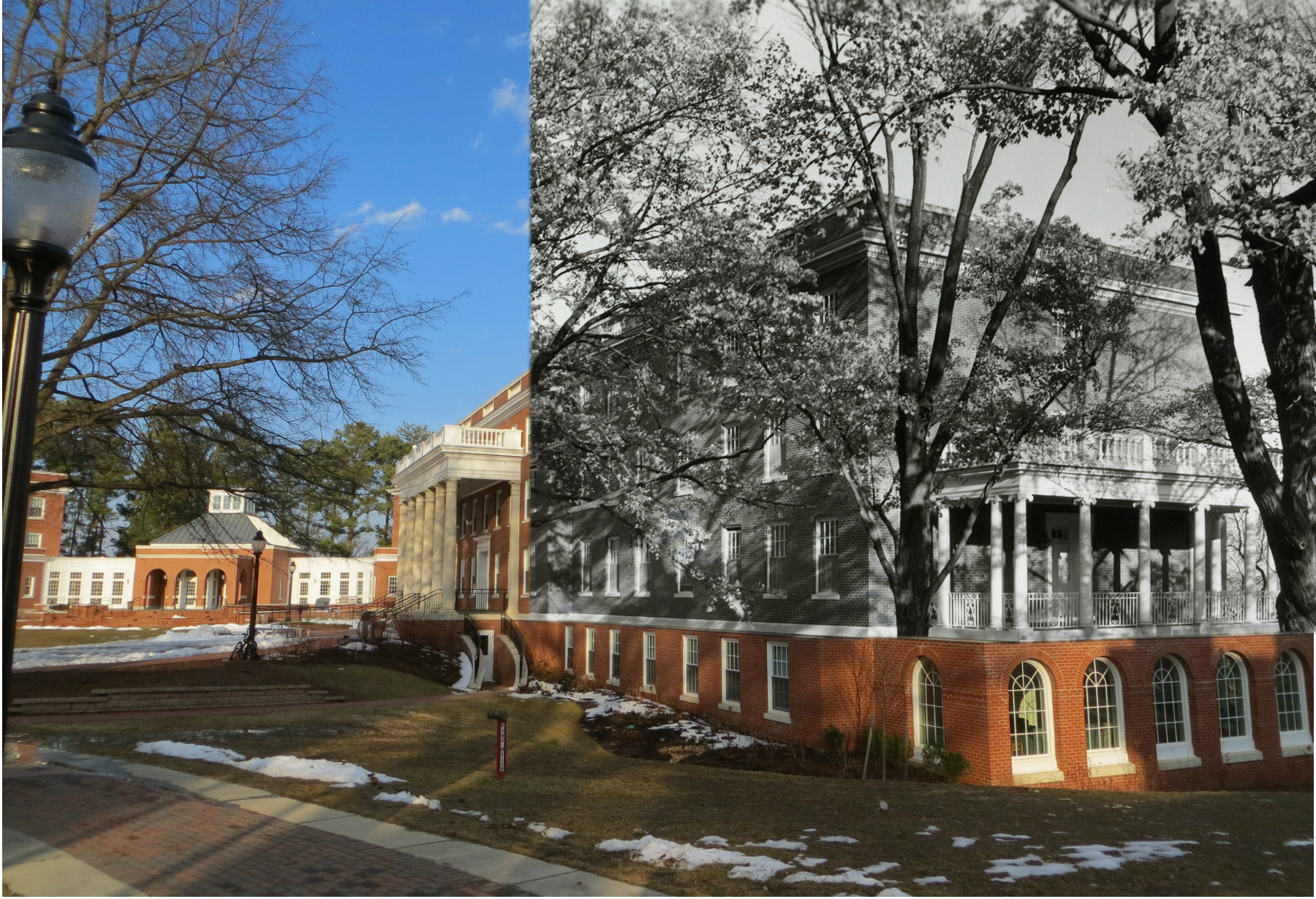 
From its beginnings, Mary Washington has grown, constructing and incorporating numerous buildings across its campus. These expansions are important celebrations, recognizing the continued evolution of UMW. New buildings both remind us of our past and encourage us to look to the future. As can be seen below, the dedication of the Fine Arts Center in 1953 was a truly significant occasion, drawing large crowds.1 The same was true for the groundbreaking for the new Information and Technology Convergence Center in 2012, which was led by President Hurley and the UMW Board of Visitors.2


There have been a variety of formal events at UMW throughout the years. Some of the more iconic formal events have included the Junior Ring Dance, the Senior Ball, and the Spring Formal, all of which today are put on by the Class Council. The Junior Ring dance, however, another notable formal function, began in the 1950s as a part of the Junior Ring Ceremony where juniors are presented with their college rings.1 The Junior Ring Dance “developed in the course of a quarter century to become the biggest campus social event of the spring semester” and is still put on today, but with much less of an emphasis as a major school event, and more as an opportunity for juniors to receive their junior glasses.2 The Grad Ball, a dance for graduating seniors held during “Dead Week,” (the week between the last day of classes and Commencement) is more popular today since it is the last time the seniors can dress up and go to a University event with their friends as students at the school. The Grad Ball is also where seniors can get their senior glasses. Lastly, Spring Formal, known for its off-campus venues, started in the 1990s.3 Spring Formal today is the only Class Council event that costs money for a ticket since the venue is always off-campus. The venue is kept a secret in order to keep the event safe and without drunk driving since those students who are over 21 can consume alcohol at the formal.


Trench Hill was acquired by the College in 1947. The College remodeled it and designated it for academically talented students and later for the College’s first male students.1 Eventually it became the headquarters of the Alumni Association. In 2004, it was converted to an renamed “Kalnen Inn at Trench Hill, after the alumna benefactor Elizabeth Kalnen ’37.”2

Today, the Kalnen Inn and the Jepson Executive Alumni continue as a bed-and-breakfast and as a venue available for events.


As noted in University of Mary Washington: A Centennial History, 1908-2008,  “in 1944 the College had purchased for $50,000 a brick residence located diagonally across from George Washington Hall.”1 The house was named Brent Hall in honor of Margaret Brent, an Englishwoman who came to America in 1638. 2 Margaret Brent eventually acquired “the site of what would become Fredericksburg.”3 From 1944 to 1947, Brent House served as the President’s home. After that it was the French language house residence hall, and then was “converted to administrative office space.”4

Today Brent House is where Emergency Management and Safety and the University Police are located.


The Fine Arts Center was built in the 1950s, during a wave of new construction across campus.1 The trio of buildings consists of DuPont, Melchers, and Pollard, which now house the departments of art, art history, music, and theatre & dance. DuPont is named in honor of Jessie Ball duPont, a prominent philanthropist.2 Melchers is named in honor of Julius Garibaldi “Gari” Melchers, an internationally-acclaimed painter who moved to Fredericksburg in his later years. After his death, his wife, Corinne, became a prominent benefactor of the arts.3 Pollard is named in honor of John Garland Pollard, Governor of Virginia during the Great Depression. While the dire economic conditions of the era limited the aid he could give to the school, he did help with the authorizing of resources for construction projects on campus, notably those for Seacobeck Hall.4   At the center of DuPont Hall is Klein Theatre, named for instructor of dramatic arts Albert R. Klein. He was a member of the theatre faculty from 1952 until his death in 1970; the following year the theatre was renamed in his honor.5 The Fine Arts Center was renovated in the mid-1990s, updating the facilities which had originally been built in the 1950s, including the addition of a computer lab in Melchers.6


Randolph Hall, and its sister dorm, Mason, was constructed during a five-year building boom that began in 1950, and it was completed in 1954. 1  It was named for Martha Jefferson Randolph, daughter of President Thomas Jefferson. It recently underwent renovations and was reopened in Fall 2012 as a freshmen residence hall. 2


Mason Hall, and its sister dorm, Randolph, was constructed during a five-year building boom that began in 1950, and it was completed in 1957. 1  It was named for Ann Thomas Mason, mother of George Mason, author of the Virginia Bill of Rights. It recently underwent renovations and was reopened in Fall 2012 as an upperclassmen residence hall. 2